Menu
Search
Photo by Joachim Lesne on Unsplash
This post contains affiliate links. Affiliate disclosure: As an Amazon Associate, we may earn commissions from qualifying purchases from Amazon.com and other Amazon websites.

Nobody wants to think ‘is this it?’ when arriving at the main tourist destination of the day, especially when there are time constraints and plenty of other exciting sights to see and explore.

With this in mind, Stasher, the global luggage storage network, has standardized the latest city and country-level data available for key categories* including TripAdvisor and Google reviews, quality of accommodation, ease of access, safety and security and Instagram engagement to sort the crème de la crème from the tourist traps on an interactive map.

Of the 99 global tourist attractions analyzed, Plaza de Espana in the Spanish city of Seville (8.13) ranks in first position overall. It is closely followed by Matterhorn in the Swiss Alps (8.08) and Le Puy du Fou, a historical theme park in Western France (7.99) in second and third places respectively. The Mosque of Cordoba in Andalucía, Spain (7.80) and Sheikh Zayed Grand Mosque Center in Abu Dhabi (7.78) placed fourth and fifth.

Of the top ten global tourist attractions, eight are based in Europe with four locations dominating the top five spots alone.

Plaza de Espana’s ranking above other more well-known attractions may seem surprising, but it scored highly for the majority of key categories. It received particularly positive scores for its TripAdvisor reviews (9.81), ease of access (9.55) and safety and security (9.00).

It is also based in a Spanish region benefitting from more tourists thanks to sites like Airbnb. Andalucía is one of Airbnb’s top 20 most sought-after locations and saw a 100 percent increase in popularity and recorded 29.5 million visitors in 2017 alone.

France’s Le Puy du Fou – ranking in third place (7.99) – is also an unexpected result. Described as a rural theme park, it has no rides and instead prides itself on staging spectacular history extravaganza shows.

It recently posted record visitor numbers and was voted the third most popular attraction in the world in the 2018 TripAdvisor Travelers’ Choice Awards. In comparison, Disneyland Paris only ranks in 76thposition (5.74), let down by its poor Google and TripAdvisor scores and Instagram engagement.

At the other end of the table, half of the tourist attractions in the bottom ten are in Asia, with Hong Kong Disneyland, the Great Wall of China and Ocean Park all making appearances.

Roughly a third of the lowest ranking attractions are China-based. This was down to generally low scores for accommodation ratings and Instagram engagement. Poor social media ratings could be due to the country’s internet censorship put in place by the Chinese government, which has banned many Western social media platforms, including Instagram.

Honoring icons such as The Beatles, Marilyn Monroe and Elton John, possibly the most surprising entry in the bottom ten is the Hollywood Walk of Fame (3.73), in last place. It ranks highly for ease of access but is let down by very low ratings on TripAdvisor and Google. Many people describe the experience as “dirty”, “feeling like they’re in a tourist trap”, “unsafe” and “overcrowded”.

“The diversity of attractions in the top ten shows historical sites, natural wonders and cultural exhibits all make for great tourist destinations.

“It’s interesting to see some of the more well-known attractions including The Hollywood Walk of Fame, the Great Pyramid of Giza and various theme parks, do not perform well. This perhaps suggests some popular sights are now overwhelmed by tourism, which, in turn, compromises many tourists’ safety and enjoyment.

Stasher is a convenient alternative to luggage storage lockers and station left luggage facilities. Our service has no size restrictions and award-winning customer support. Pick the most convenient location to store your bags and book easily online from just £6, €5 or $5 per item for up to 24 hours. Each bag is also fully insured up to £750. Book online now and get instant confirmation. 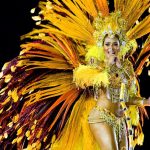 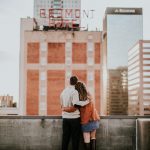