Menu
Search
Photo by Joel Henry on Unsplash
This post contains affiliate links. Affiliate disclosure: As an Amazon Associate, we may earn commissions from qualifying purchases from Amazon.com and other Amazon websites.

New hotel openings and re-brands, glamping accommodation, eateries and other developments from the region

With new luxury eco-lodges, cross-country rail-routes, walking trails, hotels, restaurants and theme park rides opening across the region, it’s never been a better time to explore the diverse landscapes of New South Wales. Visitors to the region can experience glamping in World-Heritage listed national parks, six-star luxury in the form of Sydney’s Casino playground in the Ritz Carlton, a ride on Australia’s largest wave swinger in the iconic Luna Park and a four-day rail journey that calls at some of the region’s best spots including Hunter Valley and the spectacular North Coast.

Please see below for a roundup of New South Wales’ most exciting news for the months ahead.

Increasing the luxury offering in Sydney, the new six-star Ritz Carlton will house 220 rooms and 200 residences over 61 stories. Located at the Star Sydney complex, the existing casino building will get a rooftop makeover, with a stunning new Sky Terrace and Sky Lobby planned to maximise the views over the city and harbour. Other facilities include a restaurant, two gyms and a spa and wellness centre.

Turning traditional luxury on its head, the brand new W Sydney, part of Marriott International, is planned to open next year and will be part of ‘The Ribbon’ development set in Sydney’s Darling Harbour. With 593 stylish guestrooms, suites and serviced apartments, the property will also feature the brand’s iconic pool deck the “Wet Deck”, with shimmering views of Darling Harbour. The restaurant will serve up local cuisine and two bars including the signature see-and-be-seen Living Room, which will shake up Sydney’s social scene. There’s a state-of-the-art FIT gym for fitness fanatics and a brand staple AWAY® Spa offering an array of treatments.

Set to debut at 1 Martin Place in October 2019, the existing Westin Sydney will be re-branded to The Fullerton Hotel Sydney. Offering five-star accommodation just a stone’s throw away from Sydney’s restaurants, shops and theatres, and a short distance from the Sydney Opera House and Harbour Bridge. There’s a choice of charming heritage rooms located within the historic General Post Office building or the contemporary accommodation in the high-rise Tower Wing.

Following a refresh of IHG’s upscale brand voco, one of Hunter Valley’s most prestigious estates has recently re-opened. The 70-room property embodies the bold characteristics of voco, with exclusive features from its bright yellow accents to onsite beehives and distinctive hallmarks, setting it apart for a memorable stay. Surrounded by 70 acres of rolling countryside with scenic mountain views and minutes away from the region’s most popular wineries, with world-class dining facilities, the property also features onsite tennis courts, an indoor heated pool, sauna, spa and gym.

Set in the beautiful Blue Mountains two and a half hours from Sydney, Turon Gates, the authentic bush hideaway spread over 6,000 acres has added six luxurious riverside glamping tents to its offering. Each tent features its own king-sized bed and lounge area, contemporary bathroom, kitchenette with Nespresso coffee machine and a Danish wood burner stove. The new additions add an extra element of luxury to this rustic, romantic getaway.

Offering luxurious accommodation in the Byron Bay Hinterland, Blackbird is a new boutique bed and breakfast providing a home-from-home for those looking to relax amongst the waterfalls, animals and nature. With three new breezy pavilions, each offering king-sized beds, Moroccan-tiled bathrooms and views of Cape Byron and the Pacific ocean, this design-led property is the perfect base for creatives looking to escape and gain inspiration, or as a base for active-adventure lovers. There’s also a magnesium mineral swimming pool framed in acres of green forest and massage and therapy treatments for ultimate relaxation.

Luna park takes thrill-seekers to new heights with its first new permanent ride in five years. With a name meaning ‘to fly’ in Italian, ‘Volare’ is the brand-new family wave swinger ride specially handcrafted by world-class Italian manufacturers, Preston and Barbeiri. With views over Sydney Harbour, the 64-seat flying carousel spins at speeds of up to 65 kilometres an hour and is the largest and highest wave-swinger in the Southern Hemisphere. The new ride features unique, hand-painted artwork that reflects Luna Park’s vibrant heritage and personality, including Showtime characters such as Luna Bob and Luna Belle, and is lit by over 3,500 LED lights which illuminate Sydney’s skyline.

The new culinary venture launched by one of Australia’s most well-respected chefs, Sean Connolly, features an upscale steak and seafood restaurant, Bonfire, an espresso bar, private dining and the Bon Bon Bar, all under one roof. Located in the heart of Gosford, the menus will focus on ethically-sourced produce from premium suppliers.

Announced in November 2018, the new project will link all existing coastal and harbour-side walking tracks between Australia’s two most-famous surfing beaches – Bondi and Manly. When completed, the walk will be approx. 80km in total, passing through landmarks including the Sydney Opera House and the Harbour Bridge.

Launched by Captain Cook Cruises, Sydney’s first ever on-demand ferry service will work like ride-sharing apps, allowing customers to locate their ferry, hail a ride and then track the ferry’s journey time from their mobile device. Operating Monday – Friday, the services for Sydney Harbour operate between Elizabeth Bay, Garden Island and Circular Quay during peak morning and afternoon times.

The new four-day southbound journey starting in Brisbane includes an incredible beachside dining experience in Northern NSW, an immersive day in the Hunter Valley and Newcastle region before continuing to Victoria and disembarking in Adelaide. Comprising of 28 carriages holding up to 214 guests per journey, the Great Southern service launched in December 2018 and will run through to 27 January 2020, departing Brisbane every Monday.

Explore the region’s rolling vineyards, impressive beaches and beautiful national parks through Hunter Valley, Coffs Harbour and Port Stephens. Highlights include exploring the quaint towns of Gosford and Newcastle, experiencing the laid-back atmosphere of Byron Bay and driving along one of the region’s best scenic roads from Port Macquarie to Coffs Harbour.

Kuoni (01306 747008 or kuoni.co.uk) offers three nights at the Shangri-La Sydney, five nights on the Pacific Coast Explorer and two nights at Sebel Brisbane. The price for selected departure November 2019 is from £2,740 per person and includes accommodation, flights with Qantas and car hire. 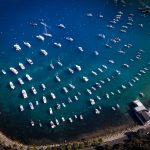 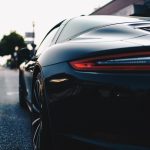