Menu
Search
Photo by Lexi Ruskell on Unsplash
This post contains affiliate links. Affiliate disclosure: As an Amazon Associate, we may earn commissions from qualifying purchases from Amazon.com and other Amazon websites.

The country with the most expensive taxi fare is Switzerland – at £20.25 for 5km.

The country with the cheapest taxi fare is Egypt – a cost of just 0.75 pence, for a 5km taxi ride.

In Britain, you can expect to pay £9 for the privilege of a 3-mile ride: the 8th most expensive fare.

As we melt into summer, we start to think of faraway adventures, mini-breaks and well-deserved holidays. Some may have a few trips booked in, others may be in the dizzying planning stage and deciding where to go. But no doubt everyone wants to know more about travelling the globe – especially if it saves money.

In consideration of this, taxi2aiport.com crunched the numbers to find out the cheapest – and most expensive – taxi fares worldwide. 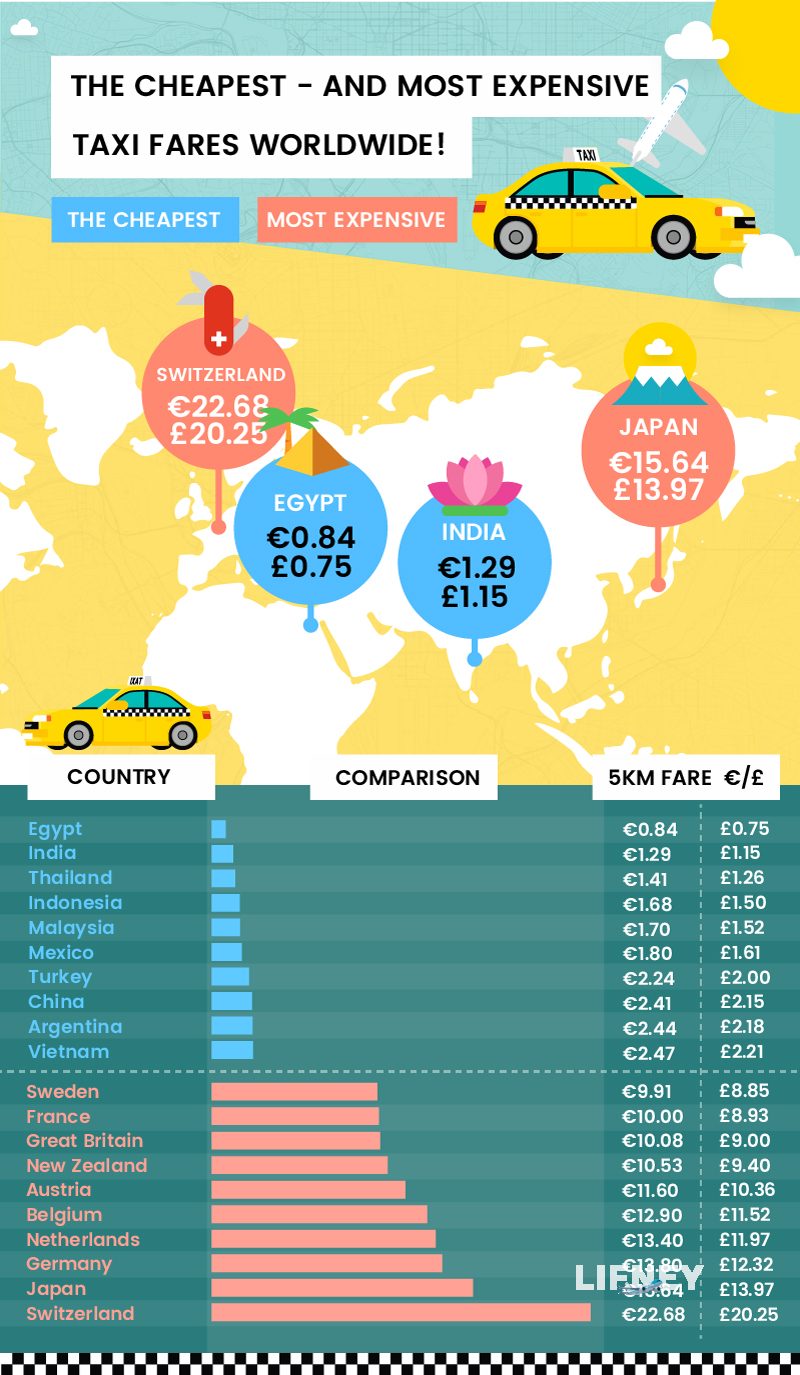 After all, when you arrive abroad, you’ll often be sans car and totally dependent on public transport. Taxis are a great choice if you prefer to avoid busier, awkward modes of transport (here’s looking at you buses!)

To achieve the figures, Taxi2Airport analysed data* collated by Taxi-Calculator.com. The average taxi fare presented is relative to a 5km (3.1 miles) journey. Taxi2Airport chose to focus on 5km because, faced with a journey of this length, hailing a cab is often a necessity – especially if you have luggage or kids to hand.

At the other end of the spectrum, taxi fares for a 5km journey are far more expensive in European countries, such as Sweden (£8.85) and France (£8.93.)

While in Britain, you can expect to pay £9 for the privilege of a 3-mile ride! In fact, the base fee for a taxi fare in Britain is £2.64 – one of the highest fees recorded.

However, the two most expensive countries to take a taxi are Japan – at a cost of £13.97 for just 5km – and Switzerland – at an almighty £20.25! Maybe it’s best to pound the pavement if you are dreaming of faraway trips to either of these destinations…

Taxi2Airport spoke exclusively with David Else, writer of several Lonely Planet guidebooks, to gain further insight into travelling the globe. Below, David shares 5 great tips to help you save money and organise your trip more efficiently. 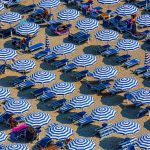 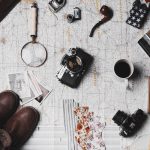