Brand new luxury travel proposition, Experience Carnival, brings you the ultimate in luxury tailor-made travel, planned by experts who live and breathe Rio de Janeiro and its Carnival. The platinum experience offers guests a premier position on a Carnival float dressed in bespoke costume in front of 90,000 people, as well as the most luxurious accommodation, 24 hour concierge service and an extraordinary range of experiences uniquely designed as part of a tailor-made package. With Experience Carnival guests can dive into the most beautiful cities during the biggest party in the world.

In February this year, 38-year old Samantha Flores (from North London) hit the headlines worldwide when she became the first non-Brazilian lead out her samba school in the world-famous Rio Carnival parade. The story leading up to her Carnival debut was covered in every national newspaper as well as BBC and ITV London News as she prepared to lead a procession of floats through a 1 km-long journey watched by 90,000 frenzied spectators, which she did carrying the pride of Britain – and her local Samba school – on her shoulders.

Samantha’s meteoric rise to the “pinnacle” of Carnival performance began with a humble pact with a Brazilian woman in the city’s Rocinha favela. The former PR executive fell in love with Rio during a girls trip during 2006. She quit her job in London and moved to Brazil less than six months later. She came back to work for the Two Brothers NGO teaching English in Rocinha, the largest favela in Brazil, where she met a local dancer in her 20s named Jacqueline Bezerra. Jacqueline agreed to teach Samantha to samba in exchange for English lessons so she could profit from the stream of Western tourists arriving in the South American nation. Only five years later, in 2011, Samantha took part in her first Rio Carnival dancing on top of a float for samba school Imperio da Tijuca.

Inspired by the outpouring of people who got in touch to cheer her on and applaud her achievements – and also to express their own aspirations and lifelong dreams – Samantha decided to open up the opportunity for men and women all over the world to be a part of the biggest show on earth. She has since set up Experience Carnival and next year’s Rio Carnival will see people from all over the world realise their dream as they take part in the most creative and spectacular extravaganza on the planet.

Participants can chose to go all-out and do Carnival in style with the Platinum Experience. This provides people a premier position on a float dressed in an exquisite bespoke costume to perform in front of 90,000 people, the most luxurious accommodation, 24-hour VIP concierge service and extraordinary experiences such as taking off in a helicopter to a private island to unwind after the party.

For those attracted to being part of the show the Parade Experience unlocks the doors to the Carnival samba schools and this incredible tradition, deep rooted in Brazilian culture. The Parade Experience gives options of different costumes and float positions to cater for those who more comfortable in a group to those who want to take centre stage and live out their ultimate bucket list moment. Being part of the Rio Carnival isn’t about being able to samba. There is no dance ability required, only masses of enthusiasm though as samba is the lifeblood of Carnival people can feel the energy through Experience Carnival’s ‘samba submersion’ with drumming and samba lessons taught by renowned teachers. 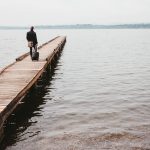