Houston is a huge city—the fourth most populous in the country in fact. It’s a diverse, vibrant, and continuously growing city that also happens to be incredibly spread out.

If you’re planning a trip for work, pleasure, or a combination, the neighborhood where you decide to stay is important.

Houston is a city where people drive, and the traffic can be heavy and even dangerous. There’s a bit of public transportation like the light rail and a bus system, but it’s nothing like what you’ll find in New York City, for example.

To get from one part of Houston to another, you’ll probably need a car and a lot of time.

If you choose your neighborhood accordingly, you can spend more time doing what you’re interested in and less sitting in traffic.

With that in mind, the following is a breakdown of some of the best Houston neighborhoods for visitors.

You’ll hear a lot of travel writers say that Montrose is the best part of Houston if you’re just stopping by for a visit.

Montrose is eccentric, with a great food, art, and cultural scene. There are art galleries, cafes and coffee shops, and cocktail bars. The neighborhood spans four square miles, and it’s an eccentric place with something for everyone.

The neighborhood is walkable, which isn’t common in Houston or Texas.

If you stay in the Montrose neighborhood, make time to visit the MenilCollection museum and enjoy Buffalo Bayou, a 160-acre park in the middle of the city.

Montrose is just west of Downtown, and you can stay in the quirky Hotel ZaZa or get an Airbnb.

The Heights is one of Houston’s best-maintained historic neighborhoods with old Victorian homes. There are also antique shops, a thriving local art scene, and some of the trendiest restaurants and bars in the city.

You can use the Heights hike and bike trail, pick through the thrift stores, or you can go to Harold’s for a rooftop drink. The Heights is also home to the White Oak Music Hall.

Galleria/Uptown is an area of Houston known for horrible traffic, but it also has some serious perks like high-end shopping. The Houstonian is one of the best hotels in the area, and it’s set on 27 wooded acres that will have you feeling as if you’ve been transported outside of the city.

If you stay at The Houstonian, you’ll also have easy access to Memorial Park.

The Galleria mall features every luxury retailer you could envision, and there’s the River Oaks District, also packed with luxury shopping.

Houston’s Museum District is home to 19 museums, as well as the Houston Zoo and Hermann Park. Millions of visitors a year flock to this part of the city. The Houston Museum of Natural Science is a must-see if you’re there.

The neighborhood is walkable and tree-lined, and it is accessible by MetroRail.

For a long time, Downtown Houston cleared out on the weekends as employees headed home for the week. That’s not necessarily true anymore. Increasingly, people are moving Downtown, and there are food halls, a theater district, a basketball statement, a baseball park and plenty of greenspaces.

Downtown is around 1.8 square miles, and there are hotels for varying budgets.

If you want to take advantage of a giant lazy river in the shape of Texas, stay at the Marriott Marquis, where you’ll find it on the rooftop. There are also luxury accommodations in Downtown Houston like the Four Seasons and The Lancaster Hotel.

At Bravery Chef Hall, you can indulge in globally inspired cuisine. Head to Discovery Green, which hosts regular special events like concerts, festivals, and pop-up markets. Seasonally, you can enjoy ice skating or kayaking.

The Theater District is home to The Hobby Center, hosting Broadway productions, and Jones Hall, home of the Houston Symphony. You can also catch live music at the Revention Music Center and the House of Blues.

Nightlife isn’t lacking in this corner of the city either if that’s a priority.

Houston boasts exciting, vibrant neighborhoods, and many are walkable so you can avoid some of the downsides of the city if you choose wisely and do your research based on what you hope to do during your travels. 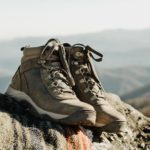