If you’re planning a trip to Los Angeles, deciding where to stay is a big part of your overall plan. Los Angeles is a huge city that’s very spread out. It’s not a walkable city like New York, and the traffic is also probably unlike what you’ve ever seen before, so deciding on an area of the city to stay can have a big impact on your overall trip.

Every neighborhood or area of Los Angeles has a unique feel and atmosphere, and the following are some things to know and consider as you make a decision.

Downtown Los Angeles has the most urban feel to it. It’s becoming an increasingly popular hot spot as far as people who live there, and downtown is a mix of professionals and hipsters. There’s also a big arts scene in Downtown, and there are warehouses and new apartments everywhere.

Some of the best entertainment venues are downtown, including the Walt Disney Concert Hall and the Staples Center.

Amazing restaurants are opening downtown seemingly every day and hotels include the Hotel Figueroa and the Sheraton Grand Los Angeles.

The InterContinental Los Angeles Downtown Hotel is the tallest building that’s located west of Chicago, and it has multiple cocktail lounges, beautiful views and a pool on the 7th floor.

IF you don’t have a car, Downtown is by far the most walkable part of the city.

West Los Angeles is upscale and is bordered by some of the city’s beaches as well as the Santa Monica Mountains. There are beautiful boutiques, and this is where you’ll find the Getty Center. Other attractions include the Santa Monica Pier, Topanga State Park and the Third-Street Promenade.

If you want to stay close to the Pier, head to the Hotel Shangri-La, which has 71 rooms and all of them have a view of the ocean.

The Shore Hotel is one of the beach’s newer hotel options and it’s also eco-friendly. There are an onsite pool and Mexican restaurant, and this hotel feels very contemporary.

The Loews Santa Monica Beach Hotel is right next to the pier and it has an ocean-front pool and a selection of lounges and restaurants onsite.

Staying in West L.A. or Santa Monica is an optimal option if it’s your first time in Los Angeles because it has something for everyone.

If you like nightlife, stay in West Hollywood. The Sunset Strip bisects West Hollywood and this is where some of the most legendary clubs and entertainment venues are located. It’s also a very LGBT-friendly part of the city.

The Mondrian is centrally located in West Hollywood on the Sunset Strip, and it has Skybar which is one of the trendiest nightlife venues in L.A.

The Sunset Marquis offers both suites and villas, a recording studio, three acres of gardens, and an onsite live music venue.

If you decide that you’re going to go, full-on tourist, you might stay in Hollywood, although it’s not considered the most high-end part of the city.

Most of the hotels in Hollywood feel a bit seedy at worst and quirky at best.

You can take a picture at the Beverly Hills sign or have lunch, and people watch. Other things to see in Beverly Hills are the Greystone Mansion and the Los Angeles County Museum of Art.

The Montage Beverly Hills is defined by luxury. It features Spanish Colonial Revival architecture and a rooftop pool with views of the Hollywood sign and the Hollywood Hills. If you’re willing to shell out the cash, you can rent a private cabana by the pool.

The Beverly Hills Hotel is one of the most well-known in the world, and it’s seen the likes of guests like Humphrey Bogart and Elizabeth Taylor.

Malibu might not be where you choose to stay on your first trip to L.A. because it’s not close to most of the tourist attractions, but once you’ve been a few times, it might be perfect.

Malibu is just under an hour away from L.A. and it feels like a surf and beach town because it is.

When you’re in Malibu, you should make time for the natural beauty of Point Dume State Beach and Preserve and Zuma Beach.

The Malibu Pier is a relaxing reprieve, as is Malibu Lagoon State Beach.

Many of the restaurants provide views of the water like Geoffrey’s, Malibu Farm on Malibu Pier, and Nobu Malibu.

For a hotel, consider the Malibu Beach Inn, which is located on what’s nicknamed Billionaire’s Beach. There are only 47 guestrooms above Carbon Beach.

What to Avoid in L.A.

As with any big city, there are some places you’ll likely want to avoid when you’re visiting L.A.

Some people feel downtown is one of those, although others disagree. If you do decide to stay downtown and you stay in a major hotel, you can get advice from the staff as to where to avoid. One of the big reasons downtown is an area some people avoid is because of the drug epidemic that impacts some parts of the area. 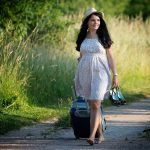