Whale watching in Panama is a unique, exciting way to connect with one of nature’s most extraordinary creatures in its natural habitat. Despite being one of only two countries in the world where humpback whales migrate to breed and give birth, Panama is one of the most under-rated whale watching destinations.

If you choose to go on a whale watching excursion in Panama, here is what you can expect.

The peak season for whale watching in Panama is between July and October when over 2,000 humpback whales make its tropical waters their home after migrating roughly 4,000 miles from the icy waters of Antarctica. During this time of year, visitors who seek to view these majestic creatures in their natural habitat have a 99 percent success rate of seeing them. However, those visiting between January and March may also have a chance of seeing whales since they come from the other side of the equator at this time.

Known as the acrobats of the sea, you can rely on humpback whales to put on a good show. These sea mammals spend a large amount of time on the surface of the ocean where viewers can watch them slap the water using their immense pectoral and tail fins, rest on the waves, curiously inspect the boat, and of course, gracefully breach entirely out of the water. This feat becomes especially impressive as female humpback whales can grow up to 50 feet long and weigh roughly 50 tons—it’s like watching a school bus fly out of the water.

In addition to their acrobatics, humpback whales are also known for their mysterious songs. Males sing these melodies in breeding areas where other whales can hear them up to 20 miles away under the water. Interestingly, all the males in one region sing the exact same song, which can last around 20 minutes. If you are close enough, you can hear these melodious tunes above water; tours often use a hydrophone to amplify their enchanting songs.

While humpback whales are likely to steal the show, there are over 30 other species of whales and dolphins that also populate Panama’s turquoise coastline which can make for an exciting display. These include blue whales, whale sharks, sperm whales, minke whales, and even the occasional orca whale. So, if you’re looking for to make the most of your Panama family vacation, make sure whale watching is on your list of things to do. 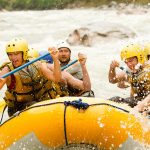 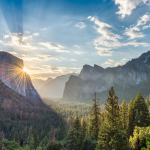