Menu
Search
Citation: © [Jace & Afsoon]/Unsplash
This post contains affiliate links. Affiliate disclosure: As an Amazon Associate, we may earn commissions from qualifying purchases from Amazon.com and other Amazon websites.

Stadiums have been around for millenniums and continue to be breathtaking spectacles. Many stadiums around the world are unique, full of history, and are definitely worth seeing in person. Unfortunately, not every stadium lasts forever, so experience it while you can. Here are what we consider to be the top stadiums in the world that you should visit in your lifetime.

This quintessential stadium has been around since 80 A.D. and housed gladiator combats, animal fights, and more. The stadium eventually went into neglect, but today it remains one of the top tourist destinations in the world.

Nicknamed “Jerry World” after Dallas Cowboys owner Jerry Jones, AT&T Stadium is one of the most impressive structures in the world. The Cowboys stadium opened in 2009 and features an immense jumbotron at the center, a retractable roof, and a maximum capacity of 105,000 people.

Wembley is regarded as one of the most historic stadiums still in use today. The original stadium is known for its soccer matches and concerts. However, it was demolished in place of a new stadium that opened in 2007. The new Wembley continues to house the English National Football Team and other major events. Visitors recognize the new Wembley for its massive arch over the stadium.

Fenway Park has been around for over a century and is the iconic home of the MLB’s Boston Red Sox; it remains the oldest ballpark in the world. The stadium is best known for “The Green Monster” in left field and its tight corners around the baseball diamond.

The college football stadium is the second-largest in the world and is located at the University of Michigan. The stadium seats more than 110,000 people and has earned the nickname, “The Big House.” Recently, the stadium had some renovations done to enhance, maintain, and advance the monument.

Better known as the San Siro, the stadium dates to the 1920s and serves as the grounds for AC and Inter Milan. The San Siro is distinct for its roof and four towers at the corners of the stadium. The venue has also hosted many FIFA World Cups and UEFA Euro matches as well as the biggest names in music since the 80s.

The stadium recently opened in 2017 and has since hosted Super Bowl LIII. Already one of the top stadiums in the world, Mercedes-Benz Stadium hosts the NFL’s Atlanta Falcons and MLS’ Atlanta United FC. The venue’s highlights include its unique hexagonal retractable roof and massive halo board.

Camp Nou is the notorious home of FC Barcelona and is currently the biggest stadium in Europe with its 99,354-seating capacity. The stadium is 61 years old and is currently going through a massive renovation that will expand the capacity to 105,000. The future Camp Nou will also feature a new façade and roof covering the entire stadium. 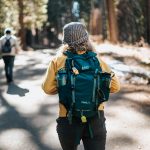 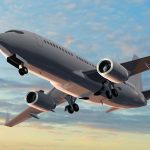