As COVID restrictions on travel begin to ease across the globe, vacationers, business people and globetrotters alike are once again booking plane tickets and hotel reservations as the world settles into a new normal. However, for individuals with travel anxiety, fear, and uncertainty over COVID is only one part of a larger problem that can make traveling a trying experience.

While travel anxiety is typically characterized as fear of new, unfamiliar places and stress from the process of organizing travel plans, it can most certainly be rooted in one or several phobias. This could include aviophobia (i.e. the fear of flying) or amaxophobia, an irrational fear or certainty of an impending accident when driving or riding in a car.

Phobias contributing to travel anxiety don’t have to be specific to vehicles. Thalassophobia, or a fear of the ocean, has negatively affected the experiences of countless travelers. A claustrophobic or anthropophobic individual on a crowded bus or train can also begin to feel trapped or helpless over time. Whatever the root cause, travel anxiety is not a condition that can be cured — but there are forms of medication and health supplementation with the potential to ameliorate symptoms associated with it.

Cannabidiol (CBD) has been the subject of clinical study and research for over a decade due to its potential application in anxiety and mood disorders. In this post, we explore how CBD can help control symptoms of travel anxiety, as well as three important tips and considerations for those considering supplementing with CBD around their traveling schedule.

How Does CBD Work?

Like all cannabinoids, CBD interacts with a network of receptors throughout the body aptly known as the endogenous cannabinoid system (ECS). By applying a modulatory effect on these receptors, CBD indirectly influences the production and throughput of neurotransmitters like serotonin or dopamine into the nervous system. This interaction has potentially beneficial medicinal and therapeutic implications on a number of common conditions including chronic pain, depression and post traumatic stress disorder.

According to Doctor Kate Denniston of LA Integrative Health, CBD can aid against travel anxiety by dampening stress responses via its interactions with the ECS. According to Dr. Denniston, “CBD has also been shown to reduce activity in the amygdala — an area of the brain that is part of our threat detection system — which induces the body’s flight or fight response. By modulating neural activity in the body’s threat response system, our perception of threats and stressors changes.”

It’s worth noting that CBD is non-psychoactive, and is thereby legal for sale and consumption in all 50 states. Quality CBD products are also not difficult to find; some of the strongest concentration CBD oil is readily available online via reputable sellers backed by certifications from third-party laboratory testing.

While vaping is one of the most popular forms of CBD consumption, it’s important to remember that many top airlines don’t allow the use of vape pods, cartridges or e-liquids by their passengers while on the plane. This is not only to avoid vapor clouds circulating in the passenger cabin, but the dangers of vaporizer device or battery malfunctions possibly leading to an explosion as well.

To avoid running afoul of airline restrictions on vaping devices, individuals with travel anxiety looking for a safe inflight method of supplementing with CBD can use dry, discreet formats like pills, capsules or isolate powder.

Timing the Intake of CBD Around a Travel Schedule

Some forms of CBD take time to build up effective levels in the system. Epidiolex, which is the only CBD-based oral solution formally approved by the FDA for medical prescription, is typically prescribed for daily use in the treatment of intermittent seizures associated with Dravet and Lennox-Gastaut syndrome. Individuals self-medicating with CBD products also report positive results after at least a week’s use. Should you shop for CBD online? Is it better to get bruce banner autoflower and grow your batch of therapeutic buds? It depends on your needs and love of gardening.

With the exception of vaping CBD — wherein it is absorbed directly into the bloodstream via the lungs — most forms of CBD are not nearly as fast-acting as a shot of insulin or an inhaler. In order to get the most out of CBD’s anxiolytic potential, people with travel anxiety should start supplementing with their product of choice at least a week before they’re scheduled to travel.

Lastly, we thought we’d clear up a popular misconception around CBD and insomnia. Unlike conventional sleeping aids, CBD doesn’t produce any soporific effects; in fact it’s quite the opposite. CBD promotes wakefulness and increases focus, indirectly restoring healthy sleep cycles over time by treating conditions like daytime drowsiness and narcolepsy.

CBD is considered a viable supplement against sleep disorders because of its ability to promote homeostasis and normalize circadian rhythms over time. For this reason, individuals with travel anxiety hoping to be able to sleep through their flight or train ride should look into more conventional, direct sleeping aids instead of CBD. 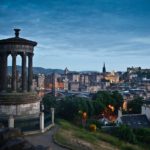 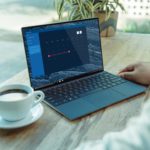