There’s an elusive but certain monotony to the 29 arenas of the NBA. Ever since the Detroit Pistons kicked off the league’s arena boom with the Palace of Auburn Hills in 1989, it’s hard to tell one multipurpose indoor event center from another.

That’s not the case in the college game. From architecture to atmosphere, the universities of the NCAA still feature unmistakable gyms. We’ve highlighted a few of the most interesting arenas in college basketball for you to experience.

The Palestra – The University of Pennsylvania

Walk past the grand arched windows of the Palestra in downtown Philly, and we’d forgive you if you mistook it for a religious edifice. It’s a secular building, but to hoops fans, it’s holy ground. This 1927 arena plays host not only to UPenn of the Ivy League but to select games featuring Philadelphia’s “Big 5” programs: UPenn, Villanova, Temple, St. Joe’s, and La Salle. It may be approaching its centennial, but with its close quarters and innovative design, there’s not a bad seat in the house.

Another building that passersby would never take for a classic gym lies down Tobacco Road in Durham. Its crenelated, Beaux-Arts design is undoubtedly at home among the other classic buildings of Duke University. Whether they played for Coach K and the storied Blue Devils or took the Cameron Crazies’ jeers as visitors, many of college basketball’s all-time greats have taken the court at this intimate, charming arena.

Let’s move away from the intimate arenas and go big. Longtime sports fans remember Minneapolis’s infamous Metrodome that hosted Vikings football and Twins baseball. Here in upstate New York is something different: a Metrodome lookalike that hosts football and basketball! After Orange football packs up for the season, the Carrier Dome changes its configuration to accommodate over 30,000 fans of Syracuse’s celebrated basketball program. Believe it or not, the Carrier Dome went years without AC despite its air-conditioning namesake.

The Pit – The University of New Mexico

You won’t find much from the UNM Lobos in the annals of March Madness, but if you’re looking for one of the most interesting arenas in college basketball, you’ll find it in Albuquerque—underground. What appears to be an unassuming single-story building is really the upper level of a 13,000-seat arena with a court nearly 40 feet below grade. Every seat is a good one, and the Lobos are a reliable winner on their unique home court.

There’s already a lot to do in Nashville, but if you want to set foot in a genuinely unusual gym, make time to visit the home of the Commodores before a night on Broadway. With its elevated, stage-like court and cantilevered seating, this almost feels more like an opera house than a basketball arena—fitting for this elite institution of the South.

Let’s round out the list with the home of the Hoosiers, once the standard-bearers of Big Ten basketball. There are many buildings in America with the name “Assembly Hall,” but only IU’s arena, with its short bleachers on the baselines and its steep, soaring balconies above the sidelines, warrants a spot on the list. In this building, even if you’re far from the court, you’re close to history. 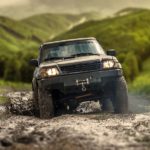 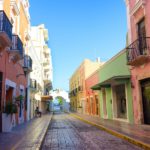