Ah, the ever-elusive muskellunge. A big brother of the northern pike with a bad attitude, this freshwater fish looms large in the lakes, rivers, and streams of North America. Under the water’s surface, it’s commonly the apex predator, preying upon any creature unlucky enough to cross its path. Out of the water, however, it meets its match against experienced anglers, who value particularly heavy muskies as trophy fish. Catching one of these fish, which often put up quite a fight, gives fishers quite a story to tell.

So where do you go to start writing one of these stories? Though muskies are hard to catch, you can give it your best shot across numerous lakes that either stock the muskie or have natural populations. We’ve picked a few of the best destinations for muskie fishing to highlight here. Pack up your tackle box, hope for the best, and prepare to hold on tight.

Lake of the Woods, Minnesota/Ontario/Manitoba

For the best shot at tracking down the muskie, Ontario is the first choice for many fishers. We’re not talking the hustle and bustle of cosmopolitan Toronto, though, or even the cottage country of southern Ontario. For muskie-rich waters, you’ll head to remote northwestern Ontario, specifically Lake of the Woods, a body of water that straddles two Canadian provinces while chopping off a piece of Minnesota that’s left accessible only by boat. You’ll find the muskellunge lurking here alongside the northern pike, the sturgeon, and other game fish that look ugly and fight ugly. Plan this trip well in advance—unless you favor ice-fishing.

The Tennessee Valley Authority’s electrification of the rural South was a huge step toward modern living, but the dams and reservoirs of the TVA improved the great outdoors, too. Blue Ridge Lake, in far northern Georgia, is the result of the damming the Toccoa River, and this new lake also received some new residents in the form of stocked fish. Among them is the muskellunge, which finds these north Georgia waters just cool enough for comfort. This lake is one among many north Georgia fishing spots to visit in search of the muskie. It’s also a great choice if you’re searching for more temperate climes.

Détroit is French for “strait”—in this case, the strait that connects Lake Huron to Lake St. Clair. This close cousin of the Great Lakes quite possibly boasts the highest concentration of muskellunge in North America. With a great chance at a catch and convenient proximity to Detroit and Toronto, it’s one of the best destinations for muskie fishing you’ll find on either side of the US-Canada border. Cast your line on Lake St. Clair in the hopes of catching a muskie measuring over four feet long. 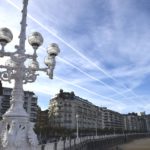 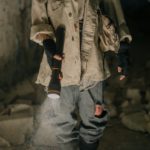