Biking culture may be different depending on where you are in the world, but you can find a biking community almost anywhere you travel to. Seeing a new city from a car or bus doesn’t give you the same connection to it that biking around does. If you’re someone who enjoys soaking in the culture of a new place, there’s no better way to do so than on a bike. Here are some of the best cities around the world for biking. You might want to add a few of these places to add to your bucket list.

Those who bike know that there aren’t many cities as suited for cycling as Copenhagen. The Danish capital is famous for its extremely high saturation of bike owners, and its layout reflects that fact. It’s a small city that lends itself well to exploration on a bike thanks to all of its bike-focused infrastructure and a huge cycling superhighway that connects everything.

Munich is one of the best cities around the world for biking because of how much support it provides to bikers. There are marked bike routes all over Munich’s city center, and you can find almost every major tourist site after just a short bike ride. Munich can be difficult to traverse by other means, so a bike is definitely the way to go.

While there are plenty of bike-friendly cities in the US, there aren’t many places like Amsterdam. It’s similar to Copenhagen in that it’s a small city that you can easily traverse on a bike. However, you also get the wonderful experience of biking next to an intricate canal system unique to Amsterdam. The incredible landscapes that are characteristic of the Netherlands are also just a short trip outside the city.

The capital of Western Australia has miles upon miles of bike paths that crisscross all over the city. Perth has bike trails just outside the city that allow you to travel around the Australian bush and see the beautiful vistas that the country offers.

For those looking for a more urban biking adventure, Tokyo should be your destination of choice. Although public transit is very widespread in Japan, you can miss lots of the city if you rely on it alone to get you around. Skip the underground tunnels and take a bike to see the fantastic sites Tokyo has to offer.

Besides the beautiful weather you can usually find in Barcelona, the Spanish city also has a layout that lets you see lots of its best sites on one route. If you want to bike in a place that won’t make you exhausted trying to get around, Barcelona might be the right place for you to check out. 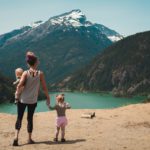 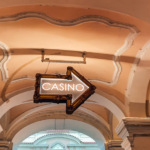