Thanks to its geographic location, Turkey is a country that benefits from longer summers. In many European countries, the sea season ends in early September but continues well into September and even into October in southern and southwestern Turkey as many holiday destinations continue to host their guests. Here is a list of some of the destinations suitable for a sea holiday in Turkey in September and October: 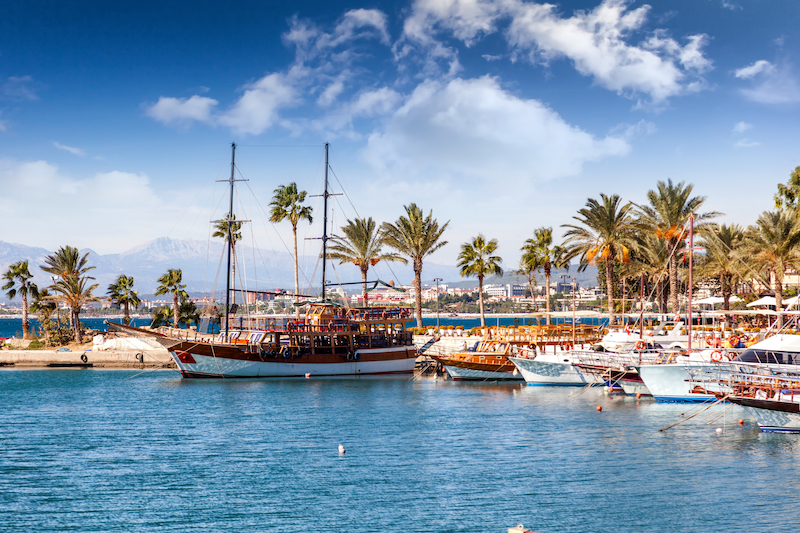 The easternmost points of Antalya, sea is at its best in Alanya and Side in September. In Side, the sea is calmer in these months while water temperatures decline to the perfect levels. Alanya offers several sights to see including its castle, museum and shipyard while the ancient city of Aspendos is a must-see in Side.

Those who wish to have a vacation by the seaside in September and October may also prefer Adrasan, the hidden paradise in Antalya. Its pristine and exquisite nature and spotless sea make it one of the most frequented destinations of travelers. The region’s status as a protected site has kept it untouched and preserved its unparalleled habitat. Situated in the Kumluca district of Antalya, Adrasan is also known as Çavuşköy. Located in the foothills of Mount Musa near Olimpos, the area also has a long beach. Visitors of the area may dive into deep blue and enjoy the sea in every ways.

Another area with a long summer season is Datça. Geographically located in Southwestern Aegean, Datça is located in Muğla. With 52 coves of all sizes, Datça is a very attractive destination with everything it offers from an amazingly blue sea to the ancient city of Knidon, Apollon Sacred Site, and historical sites around it, its cultural texture and unmatched cuisine. Coves including Bozburun, Selimiye, Palamutbükü, Hayıtbükü and old Datça are also among the must-see sights.

Dalyan is one of the calmest holiday destinations of an already calm city, Muğla, and one of the most beautiful locations in Turkey with a long sea season, pristine waters and untouched nature. The area’s population rises in summers followed by calm and quiet in September. Dalyan is among the most popular areas as a destination that is away from traffic, stress of work and crowds for a final vacation before winter arrives.

Sarıgerme beach is one of the rare beaches and best kept secrets in Turkey. A paradise with its calm, silent and pristine beach… 18km to Ortanca, 12km to Dalaman and approximately 16km to the Dalaman airport, Sarıgerme is also home to one of the most important ancient cities in the region –Pisilis.

Turkey’s second longest beach suitable to enjoy the sea in September and October, Patara Beach is 14km long with a width varying between 280m and 1,500m. A ‘Special Environmental Protection Area’, Patara Beach is one of the most important breeding grounds in Turkey of the Loggerhead Sea Turtles (Caretta Carettas). From 15 May to 15 September, people use Patara Beach interchangeably with the loggerhead sea turtles. From 8am to 8 pm, people are on the beach while the turtles take charge from 8pm to 8am. The beach is accessible through the ancient city of Patara.

A very vibrant city in summers, Bodrum calms down in September, treating with amazing opportunities those who want to enjoy the sea. Each cove hides another beauty in Bodrum and its surroundings where you can savor a magnificent sea and the coves in rental boats under the sun. While you are at it, you should also visit the Bodrum Castle and the Bodrum Museum of Underwater Archaeology it houses, Yalıkavak and Turgutreis marinas and the ancient ruins around it.

Kaş is one of the finest destinations in Turkey of turquoise, which hypnotizes the visitors. Those who wish to experience this spotless and deep blue sea visit the bays big and small in Kaş and around in spring as well as in summer. A most frequently visited beach in the area is Kaputaş –one of the most popular beaches in Turkey amidst great boulders. If you want to remain close to Kaş city center, Küçük Çakıl Beach is the place for you. And if you feel like visiting two beaches in one day, Büyük Çakıl Beach is there to make sure you get the best of sea, sand and the sun against a glorious view.

Located in the Mediterranean and connecting Asia and Europe continents that are separated by the famous Bosphorus, Turkey is a unique destination that welcomed last year more than 51.7 million tourists. The country that has always been a hub for cultural interaction and home to varying climates inspires the visitors today with its history, nature, and gastronomy that reflect the diversity of civilizations for centuries. Located at the crossroads of cultures, Turkey has a distinctive understanding of art & fashion which is the synthesis of tradition and modernity and its extremely dynamic shopping & entertainment life also attracts visitors from all over the world.

For more about Turkey please visit: 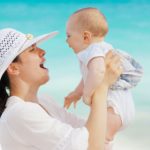 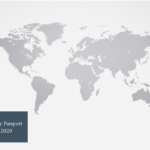