Menu
Search
Photo by Brandon Morgan on Unsplash
This post contains affiliate links. Affiliate disclosure: As an Amazon Associate, we may earn commissions from qualifying purchases from Amazon.com and other Amazon websites.

The HomeAway Teddy Express guarantees to send back all cuddly toys that kids – and big kids – leave behind in any of their rental properties after a family’s stay during this year’s school summer holidays.

The owners of the left-behind teddy simply need to let the HomeAway team know via Twitter, or DM on Instagram which property they have left the teddy in and the HomeAway Teddy Express will then arrange for them to be transported home safe and sound, all at no extra cost.

The service has been introduced after research conducted by HomeAway found that Britain’s mums and dads turn into teddy bear-faced liars when their kids lose their favorite cuddly toy.

Almost a third (31%) of parents confess to replacing the cuddly toy with something similar and swear it’s the same one, whilst over half (57%) admit to making up fantasy stories about where their child’s favorite soft toy has gone.

When it comes to telling porkies, parents favorite fibs to tell inconsolable kids to include:

With over four-fifths (86%) of kids in the UK having a favorite soft toy that goes everywhere with them, it’s no surprise they are heartbroken when they lose it.

Although it’s not just the kids who are attached to their cuddly toy, as a quarter of adults (25%) aged 18+ in the UK remain attached to a childhood cuddly toy, with almost a fifth of adults (17%) having taken a soft toy with them on holiday.

“I’m not surprised so many adults in the UK still take a cuddly toy with them on holiday. I travel a lot for work and can understand how something that reminds you of home, such as a stuffed toy, can provide comfort. Now I’m a mum, the same applies to my little girl. She loves her cuddly toys and she would be heartbroken if one were to be lost, or left behind on holiday so it’s great to know the HomeAway Teddy Express exists and is at no extra cost to mum or dad.”

For more than half of UK parents (56%), packing their child’s favourite toy in their holiday suitcase is very important and with almost two thirds (62%) of kids losing or leaving their toy behind when away from home, this has resulted in nearly two thirds of mums and dads (63%) saying it has, or would, dampen their holiday if their child lost their favorite toy.

Even more surprising, over two-fifths of parents (43%) have considered ending a family holiday or trip early because of the loss of the cuddly toy.

In a bid to salvage the situation, on average UK parents would spend £175 to get their child’s toy back once lost on holiday, whilst almost a third (31%) would be willing to pay up to £500, with 9% happy to pay even more.

Although it’s not just empty pockets and purses parents are willing to sacrifice in order to retrieve their little ones lost toy.

Over two fifths (42%) would prefer to catch a cold than deal with their child losing their favorite toy, whilst nearly a quarter (23%) would rather lose their mobile phone.

“As any parent knows, nothing ruins the relaxation of a family holiday quicker than a lost teddy bear. That’s why this summer HomeAway is launching the HomeAway Teddy Express – a new service which will return any teddy’s left in HomeAway properties to their owner free of charge.”

With teddy bears the most popular child’s cuddly toy (22%), it’s the dad who is feeling the pressure to come to the rescue. Three-fifths of dads (60%) would make up a story of where their child’s soft toy has gone compared to just over half of mums (55%).

However, when it comes to how far mum and dad would go to get their child’s toy back once realizing it was missing, over a third of parents (35%) would call local shops and business to see if it is still there, 31% would conduct a social media search and more than one in ten (14%) have put up posters.

This summer, if your teddy is left behind in a HomeAway property during this year’s school summer holidays, just let the HomeAway team know via Twitter, or DM on Instagram, which property you’ve left the teddy in and that you need the HomeAway Teddy Express to get him/her home safe and sound. The HomeAway Teddy Express team will then arrange for them to be transported home safe and sound, all at no cost to either you or the property owner. 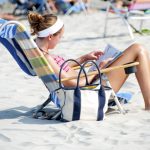