Menu
Search
Photo by Joel Henry on Unsplash
This post contains affiliate links. Affiliate disclosure: As an Amazon Associate, we may earn commissions from qualifying purchases from Amazon.com and other Amazon websites.

Untouched forests, pristine beaches and enchanting nature reserves, New South Wales is home to some of Australia’s most beautiful and secret islands. Stepping away from the vibrant city of Sydney and the surfing hub of Byron Bay, the state has a bounty of hidden gems away from the crowds where travellers can revel in the tranquillity of these natural hideaways.

With only 400 visitors allowed on the island at any given time, the World-Heritage-listed Lord Howe Island is one of New South Wales’ most precious adventure spots and one of the world’s cleanest locations. A paradise of untouched forests, ancient volcanic mountains, pristine beaches and an abundance of rare flora and fauna, including 200 species of birds, the island is popular with keen hikers and nature lovers. Winter months on the island mean cooler climbs, a quieter island, and improved chances of clear views from the summit of the impressive Mount Gower.

Experience a lighthouse hideout on a penguin’s paradise

Montague Island, also known as Barungaba to its local Aboriginal people, is a picturesque archipelago within the protected Montague Island Nature Reserve. The secluded island is 9km off the coast of Narooma and home to a colony of Australian fur seals and thousands of penguins. Various tours depart from Narooma for the island, from snorkelling and diving to whale watching and hiking. Visitors can stay in one of the 125-year-old Lighthouse Keeper’s Cottages commanding striking views of the remote landscape.

Small in size, big on views

With a capacity of just 150 people on the island at one time, the charming Clarke Island spans just a hectare in size. The tranquil island was cultivated as a vegetable garden in 1789, and is located off the shore of Sydney’s Darling Point. Its small size means there are no ferries to the island, but visitors can book to visit by water taxi or kayak. Boasting some of the city’s best views of Sydney Harbour Bridge and the Royal Opera House, visitors can wander through its bushland pathways and enjoy a picnic to take in the magnificent vistas.

Sleeping with the wildlife

Part of Myall Lakes National Park off the coast of Port Stephens, Broughton Island is an unspoilt isle of sandy beaches, volcanic peaks and wind-swept vegetation. The island has one of the only campgrounds in New South Wales that visitors can camp amidst an active seabird colony. No matter what time of year, the island has an abundance of wildlife to be seen, from humpback whales and ghost crabs to penguins and sea birds. The island is also a scuba-diver’s dream, with undersea caves, coral, sheer walls and marine life of every type.

Located in the middle of the Hawkesbury River, just an hour’s train ride from Sydney is the natural hideaway of Danger Island. Known as the gathering place for Guringai Aboriginal tribes for thousands of years, evidence of their history remains in engravings in rock shelters on the island. Accessible by ferry from Brooklyn marina, this remote paradise is home to just 300 people. Cars are not allowed on the island, which explains the abundance of wheelbarrows used to carry goods from the ferry wharf. The island has plenty of luxurious ‘river access only’ properties to choose from. Explore the 3km of beautiful shoreline via the walking trail, swim at the secluded Bradley’s Beach or discover the island by bike.

To experience Sydney and explore the New South Wales coast, ride the waves on a classic road trip along Australia’s Legendary Pacific Coastline. Don’t forget to pick up your essential guide to Australia that can be found on Amazon.

Explore the region’s impressive beaches, beautiful national parks through Hunter Valley, Coffs Harbour and Port Stephens. Highlights include exploring the quaint towns of Gosford and Newcastle, experiencing the laid-back atmosphere of Byron Bay and driving along one of the region’s best scenic roads from Port Macquarie to Coffs Harbour.

Kuoni (01306 747008 or kuoni.co.uk) offers three nights at the Shangri-La Sydney, five nights on the Pacific Coast Explorer and two nights at Sebel Brisbane. The price for selected departure November 2019 is from £2,740 per person and includes accommodation, flights with Qantas and car hire. 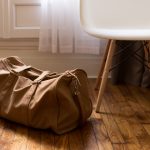 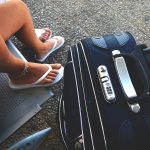