Wadi Rum, the Dead Sea and the Dana Biosphere also named as must visit experiences in Jordan

Jordan has been recognised for its amazing attractions and experiences in the latest Lonely Planet Ultimate Travel List, released today, with four of the country’s sights making the list in total. The spectacular sandstone ancient city of Petra has been named as the number one bucket list experience in the world, with Jordan’s otherworldly rose-sand Wadi Rum desert, the Dead Sea and its natural healing powers, and the beautiful Dana Biosphere Reserve also making the list.

The Lonely Planet Ultimate Travel List includes 500 of the world’s most thrilling, memorable, interesting places ranked in order of their brilliance. The longlist was compiled from every highlight in every Lonely Planet guidebook. This list of thousands of places was whittled down with Lonely Planet asking its community to vote on their 20 top sights to compile a list of their top 500 suggestions.

Petra is one of the world’s most treasured UNESCO Heritage sites and was voted one of the New Seven Wonders of the World by a popular ballot in 2007.

Here is what you need to know about Jordan’s top attractions:

The ancient city of Petra is one of Jordan’s national treasures and by far its best-known attraction. Petra is the legacy of the Nabataeans, an industrious Arab people who settled in southern Jordan more than 2,000 years ago. Admired then for its refined culture, architecture and ingenious complex of dams and water channels, Petra is a UNESCO World Heritages Site and one of the new Seven Wonders of the World. Inhabited by the Nabateans, Edomites and Romans, Petra brought together the knowledge and skill of these civilisations to create this world wonder.

“The Valley of the Moon”, depicted as Mars in several Hollywood feature films Wadi Rum is an Arabian fairy-tale waiting to be discovered. Home to nomadic Bedouin tribes, Wadi Rum is a quiet getaway of stars, sand, and sun. Once inhabited by the Nabataeans of prehistoric times, Wadi Rum allows you to get lost in large landscapes and horizon lines.

The therapeutic benefits of the Dead Sea have been known to man for at least two thousand years. At 410m below sea level, it has a unique combination of climatic conditions and elements – sun, water, mud and air – that have been proven to offer excellent natural treatments for a range of chronic ailments including dermatological problems such as Psoriasis, Atopic Dermatitis, Vitiligo and Psoriatic Arthritis, as well as for respiratory conditions such as Asthma. The peculiar sun radiation and climatic conditions, enriched oxygen atmosphere, mineral-rich sea salt, thermo-mineral springs, and mineral-rich mud all offer effective medical treatment and therapeutic benefits that attract visitors from all over the world. The plants that grow at the lakeside, particularly the balsam tree, produce highly valuable and sought-after cosmetics, perfumes and medical substances.

Dana is Jordan’s largest nature reserve, covering some 320 square kilometres of spectacular mountains and Wadis along the face of the Great Rift Valley. From scorching sand dunes in the west to cool mountaintops in the east, the Dana Biosphere Reserve is home to a great variety of wildlife. A total of 700 plant species, 190 bird species, 37 mammal species and 36 reptile species have been recorded in the Reserve, of which 25 are known to be endangered, including the Sand Cat, the Syrian Wolf, the Lesser Kestrel and the Spiny Tailed Lizard. Visitors can trek the diverse Dana Biosphere Reserve, with chances to see some of the endemic animals such as the elusive sand cat.

To book a trip to Jordan:

Jordan & Egypt Express starts from £1,115 per person and includes eight nights’ accommodation, breakfast daily, some activities and an Intrepid tour leader throughout. 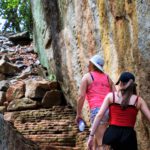 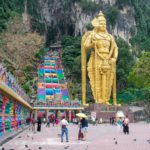