Menu
Search
Photo by Andras Kovacs on Unsplash
This post contains affiliate links. Affiliate disclosure: As an Amazon Associate, we may earn commissions from qualifying purchases from Amazon.com and other Amazon websites.

The HBO series Chernobylis storming the ratings and fans are seeking to uncover more about this docudrama.

Most of the action scenes were filmed in Lithuania, at the Ignalina Nuclear Power Plant (INPP). The show’s production team sought a realistic representation of the original Ukrainian power plant and found INPP was built in the same era, making it the perfect on-screen dupe for the Chernobyl site.

Fans of the TV series can now get closer to the action, with exclusive tours and site visits, detailed below.

On top of the reactor

The Ignalina nuclear power plant, located 90 minutes from Lithuania’s capital, Vilnius, offers popular excursions to its controlled INPP zone, home to the plant’s reactor room, turbine room, and block control panel. These excursions need to be booked up to two months in advance and last two and a half hours, taking place on weekdays until 13.00, for groups not exceeding 15 people.

The power plant is still active and currently employs about 2,000 people, about a third of the number that was employed when the reactors were in operation (the first block of the INPP was decommissioned in 2004, the second – in 2009). During excursions, current employees are quite happy to chat about their life and work in Visaginas.

Almost 100,000 visitors from around the world have visited the plant since the opening of the information centre of the Ignalina Nuclear Power Plant in 1995.

INPP will be fully dismantled in 2038.

Simulator of accidents at the power plant

Located in Visaginas, several kilometres away from INPP, is the operating simulator of the INPP block control panel. Set up when the power plant was being built, the simulator has been used for training employees and exploring solutions to emergency situations. During excursions, visitors have the chance to see how the power plant control simulator in operation. Incidentally, this simulator served as a model for the Chernobylcreative team.

The simulator is the most visited site in Visaginas. The “nuclear town” was built in 1975 to accommodate the employees of the Ignalina Nuclear Power Plant.

Visaginas is the youngest municipality in Lithuania. From above, the town’s outline is similar to a butterfly’s wings, which is why Visaginas is sometimes known as the town of butterflies. However, the outline of the butterfly is lacking one wing: following the explosion at the Chernobyl Nuclear Power Plant, the construction of the third block of the Ignalina Nuclear Power Plant was suspended and eventually terminated altogether.

Visaginas has less than 20,000 residents and only 14 streets, which, as was immediately noted by the creators of the Chernobyl series, have no traffic-lights! Apparently, this was intentional as the town was planned to ensure, that in the event of an accident, evacuation could be conducted without delay. Even now, the residents of Visaginas take their driving tests in the neighbouring town of Utena.

For a copy of Chernobyl series visit Amazon 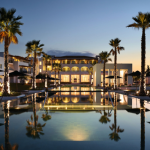 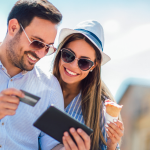