Menu
Search
Photo by Kevin Grieve on Unsplash
This post contains affiliate links. Affiliate disclosure: As an Amazon Associate, we may earn commissions from qualifying purchases from Amazon.com and other Amazon websites.

The Boris and Brexit-battered pound is drastically hitting the spending power of British holidaymakers around the world for the fourth summer in a row – but there are ways to reduce the pain of the weak pound.

This is the message of Nigel Green, founder and CEO of deVere Group, one of the world’s largest independent financial advisory organisations, as the pound slid to a fresh two-year low on Monday as no-deal Brexit preparations are ramped up.

“For the fourth consecutive summer, millions of British holidaymakers are finding their spending power is negatively impacted by the beleaguered, Brexit-battered pound.

“The pound has been fallen against the euro every year since the referendum – it is now worth around 15 per cent less than before the vote. Sterling continues to flounder since the record-breaking slide versus the single currency began in early May, hitting a two-year low on Monday.

“It’s not just those visiting the eurozone who are in for a shock either. Overall, the pound is the worst-performing major currency in the last three months, meaning almost every destination is now more expensive than it was for Brits.”

“With no relief in sight for the pummelled pound, with buying power cut again for those going abroad for their summer getaway, it’s time to get savvy.

“One of the best ways to reduce the impact is to be prepared ahead of your trip by having a prepaid multicurrency card that automatically pays in the local currency of your holiday destination. This allows you to avoid those transaction fees of, typically, 6-10 per cent – when spending abroad on a credit or debit card.

“Travellers should also try to avoid going to an ATM when overseas as they are likely to incur hefty costs for doing so. It is better to buy the foreign currency in the UK or use that prepaid multicurrency card to withdraw rather than your UK bank card.”

“Brexit has been a hammer-blow to the pound and this has been exacerbated by Boris Johnson becoming Prime Minister.

“As such, demand for solutions to the weak pound is set to soar by UK travellers and British expats over the summer as sentiment towards sterling remains dismal due to an increasing probability of a Boris-driven no-deal Brexit.

“While much of the impact of no-deal will have been priced-in, it’s clear that holidaymakers do need to seek alternative ways to reduce the hit to their pockets of a poor performing pound.”

Still thinking about going on holidays and not caring about Brexit as you don’t understand it fully? No worries, recently Amazon started selling a good little book explaining Brexit that will help you to know more about the process and how to prepare for it. 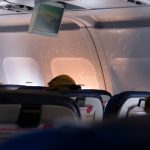