We don’t always think about New York City as being a travel destination that’s rich in history, but in reality, it is a wonderful place to visit if you love history. Giovanni da Verrazano, an Italian, discovered New York Harbor in 1524, but it wasn’t until 1624 the Dutch founded the first permanent trading post in the area. In 1626, the first governor bought Manhattan from the Native Americans.

If you’re planning a trip to the city for the first time or you’ve been many times before, the following are some of the historical sites you should try to enjoy while you’re there.

Grand Central Terminal, located in Midtown Manhattan, is also sometimes referred to as Grand Central Station. You can store your luggage with a private company at Grand Central and then explore this amazing landmark, even if you only have a few hours in the city or you can’t check into your hotel yet.

Grand Central Terminal is a working transport hub, and millions of people pass through each week. It’s Beaux-arts style, and it’s escaped demolition several times throughout the years.

The station was built by Commodore Cornelius Vanderbilt in 1913, as a way to signify power and wealth at the height of railroad travel.

In the construction of the station, Vanderbilt used marble, brass, opal, and Gustavino tile.

There are several restaurants and other places to visit inside of Grand Central, but if you love history, then you should head for the Campbell Bar. It was once the personal office of tycoon John W. Campbell. It was restored in 2007 and features a huge stone fireplace and leaded glass windows.

It’s not only an amazing piece of history but also one of the best places to grab a drink in the City.

The Algonquin Hotel is located in Midtown’s Theater District, and it’s the oldest hotel in the city. It’s gone through different owners over the years, and its also been a haunt of celebrities, making it a place that holds many secrets.

Close to Times Square, the Algonquin Hotel was constructed in 1902.

There was a lot of history that occurred within the hotel. For example, Harold Ross created The New Yorker in 1925 after winning a poker game. At the end of prohibition in 1933, the Blue Bar opened, and actor John Barrymore convinced manager Frank Case to put blue gel over the lights for more ambiance.

In 1981 The Oak Room opened as a cabaret in the hotel and has since played host to Diana Krall, Harry Connick Jr., and Michael Feinstein, among others.

The creators felt the citizens of New York should take action to preserve evidence of their historical moment.

Now, you can visit and see art, documents, artifacts, and more.

The Lower Manhattan Financial District is filled with some of the landmarks that represent the most important elements of American history.

When you’re in Lower Manhattan, make your first visit to City Hall. City Hall is the oldest city hall in America, and it was built between 1803 and 1812.

The park that’s connected to City Hall is even older than the building itself, with Colonial Dutch roots.

People became afraid it was collapsing, so P.T. Barnum took 21 elephants across it to show it wasn’t.

The Woolworth Building is in Lower Manhattan and was once the tallest in the world. St. Paul’s Chapel is the oldest public building in continuous use in New York City and is nearby.

The Federal Reserve Bank is to the left of Broadway, and it’s designed in an Italian Renaissance style.

There is an estimated ¼ of the world’s gold supply stored in a vault below the building.

When you’re in Lower Manhattan take time to visit Fraunces Tavern. It was where George Washington spent time, and it is a museum and a restaurant. It was originally built as a private residence in 1719. Throughout history, Fraunces Tavern served as the offices of Foreign Affairs, the Treasury and the War Department. 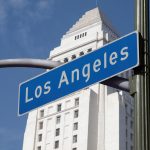 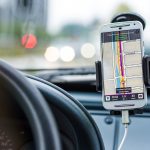