The 1920s in America was a decadent period in which tradition became a thing of the past. The Roaring Twenties came with many new things, including jazz clubs, speakeasies, and wild parties. Along with the social and cultural changes, innovation ran rampant in the radio, auto, and movie industries. New books were flying off the shelves, and fashion became more glamorous.

When you see art deco, you probably think of the 1920s. As the decade progressed, art deco emerged as a defining architectural style, featuring chevron, zigzags, and other linear elements that played on geometrical forms. If you want to see some historical art deco buildings during your next trip, here are some of the best examples of art deco architecture in America.

Designed by William Val Alen, the Chrysler Building is considered one of the best examples of art deco architecture in America. Finished in 1930, it was briefly the tallest building in the world. Its sunburst-patterned, stainless steel spire is one of the most eye-catching features against the Manhattan skyline.

Beautiful and jaw-dropping, the Chrysler Building is a staple of the art deco era. The building’s corners and sleek design were part of the modern trends. Consisting of stainless steel metal fabrics, the structure’s decorative scheme remained essentially geometric inside and out. Go take a peek the next time you visit New York City, whether you’re with friends or on your own!

In 1930, the Eastern Columbia Building became an immediate landmark of Los Angeles and is now considered the benchmark of art deco buildings in the city. Taking a trip to sunny Los Angeles will give you a great opportunity to visit this beautiful building. The concept of the building, which climbs up to 13 stories, came from the mind of Claud Beelman. Its stunning terra cotta blue and gold leaf accents epitomized the dazzling changes in culture. It came plastered with geometric shapes, zigzags, chevron, animal prints, and plant patterns, with a vertical emphasis due to deeply recessed pairs of windows. Along with accented copper paneling and vertical columns, it finished with a 4-sided clock tower emblazed in neon, with “EASTERN” inscribed at the 13th floor.

Moving toward the Florida coast, architect Lawrence Murray Dixon completed the Marlin Hotel in 1939. Defined by its South Beach deco design, it quickly found its way into the heart of the Art Deco District. The 3-story building has an exterior façade with pastel blue and yellow colors.

It’s no surprise that the Marlin Hotel is a classic staple of art deco. As trademarks of the architect, iconic “eyebrows” were placed over each building window. Additionally, the front entrance comes with a colorful pattern and ornamentation directly overhead.

Although the art deco era was short lived, it never left the consciousness of art appreciators for years to come. The existence of art deco buildings reminds Americans of past progress and where it has led them today. So why not go take a look and see them for yourself? 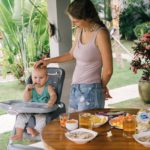 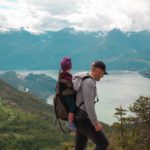