You know you have truly arrived at Mardi Gras when that first strand of beads hits you in the head. Mardi Gras is a celebration of excess with marching bands, garish parade floats, masked strangers, and hordes of revelers dancing and drinking all day and night. Embrace the vibe of the crowd and follow some Mardi Gras tips for first-timers.

The Mardi Gras parades are long—they can last several hours. Unless you want to stand for the whole thing, go to the store and buy some folding chairs. It will be nice to take a break when there is a pause in the parade. The chair also keeps people off you, as it creates a little space in a crowded street.

Don’t Pick up the Beads

With over a million people packed into the streets during Mardi Gras, things can quickly become gross. For example, people will urinate in the streets rather than find a toilet. Overconsumption leads to many reversals in the street as well. As such, when beads hit the street they become covered in some gross stuff, so leave them alone.

Bring Your Own Décor

You can wear whatever you want at Mardi Gras, so let your freak flag fly. The whole party revolves around beads, loud decorations, and elaborate costumes. Plus, now that you know not to pick up beads off the street, be sure to buy your own ahead of time. You’ll have fun making friends and passing them out.

You are going to need a place to store some essentials while you are watching the parades. At a minimum, keep a roll of toilet paper and some handy wipes on you. Parade routes are in some residential areas, and there might only be a single porta potty for thousands of people. Further, the weather can change fast, so keep a raincoat, hat, and sunglasses in there too. It also doesn’t hurt to toss some snacks in your backpack too.

Get Your Spot Early

Everyone wants to see the parades, so good spots are tough to get. Up close, prime real estate will go fast, so you want to get there early. Stake out your parade route spot and claim it two hours ahead of time. Be sure to get some food and beers and put your chair down on your spot.

Yes, Mardi Gras is one of the greatest parties in the world. The whole thing is a celebration of excess and doing whatever you want—times 100. But you aren’t the only person there. You don’t want to be a drunken slob that ruins everyone else’s experience. When you’re under the influence, you also become a target for criminals and thieves—it’s easy to pick the pocket of an intoxicated individual. 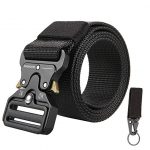 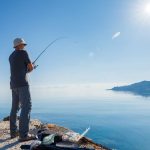