Not all iconic film scenes take place in multi-million dollar locations and have massive sets. Many times, a casino can be just as exciting and riveting. In fact, James Bond, the fourth highest-grossing film franchise in the Box Office has lots of scenes set in luxurious, velvety casinos. The $6.89 billion film franchise has iconic scenes involving high-stakes poker games in several casino locations from Montenegro to the Czech Republic. Another successful production, Ocean’s Eleven, used casinos as the backdrop for their heists. These films have given audiences some memorable scenes filled with tension and anticipation. The beautiful and iconic casinos featured in them are worth the visit for movie fans and players alike. Here are four locations worth visiting to see where all the action took place in these films:

While it is technically not a casino, Oscar’s Steakhouse is situated in The Plaza Hotel & Casino and served as the set location for one of the most famous scenes in a casino film ever made. It happens in Martin Scorsese’s Casino, when Robert De Niro’s character Sam “Ace” Rothstein confronts his wife (played by Sharon Stone) about her spending habits. With tourism rising again in Las Vegas, it’s worth making The Plaza’s casino and Oscar’s a part of your itinerary. It’s still one of the most beloved dining locations with its view overlooking Freemont Street. Apart from steaks, they also serve fresh seafood and excellent appetizers, which are perfect to have after a few hours of playing.

The Bellagio Hotel and Casino

The Bellagio Hotel and Casino is one of the most famous casinos in the world. It was also the backdrop for one of the most popular casino films ever made: Ocean’s Eleven. The film was able to highlight the casino’s style, particularly the elegance of its poker room, which opened in 1998. If you’re visiting Las Vegas intending to play a hand or two, then this is an excellent casino to start in. Before heading to the Bellagio, it’s a good idea to brush up on your poker terms. Before going all-in at The Bellagio, you need to at least have a basic poker strategy ready as the room attracts experienced players. This is important considering there are 36 tables in The Bellagio’s poker room with various versions of poker, including Texas Hold’em, Omaha, and Stud. Know your basics, and you’re sure to have an interesting game ahead!

Vegas Vacation takes the more comedic route for casino movies. It stars Chevy Chase and Beverly D’Angelo as they navigate a family vacation in Las Vegas. Much of the movie was filmed at The Mirage, but a couple of minor shoot locations included the MGM Grand Hotel. The Mirage is known for its many attractions. If you’re planning to experience as much as you can without having to go far during a trip to Vegas, then The Mirage is the perfect place to book. You can lounge by the pool, swim with the dolphins in Sigfried and Roy’s secret habitat, and play at the casino. There is an endless list of things to do here, so visitors will always find entertainment!

The Hard Rock Hotel and Casino

The Hard Rock Hotel and restaurant chains are known for their iconic display of memorabilia to celebrate all things rock. The Hard Rock Hotel and Casino, in particular, stands out in Vegas and was featured in the film Fear and Loathing in Las Vegas and Grand Prix. It was also the official casino and hotel for the 2007 MTV Movie Awards. Those who want to have a lot of fun in Las Vegas ought to visit this hotel and casino. Its poker room has three tables and offers No-Limit Hold’em and daily tournaments, including several jackpot-based high hand promotions.

These casinos are more than just the games that they offer visitors. They also carry a part of history as famous films, events, and notable figures take place in them. If you are planning to travel soon, we have an article on what to expect. 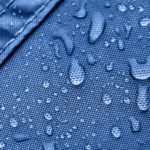