2020 has been a very different year due to the pandemic, which led to the closure of the Museum for almost three months, and the subsequent mobility restrictions, which reduced the number of visitors to the Museum. Despite these adverse circumstances, the Museum’s overall figures are positive thanks to the public’s follow-up and massive support of the digital initiatives developed through videos, workshops, talks, and online visits, and because, when the circumstances have allowed, the general public have visited the Museum in person.

With regard to geographic origin, reversing the trend of previous years of a majority of foreigners, in 2020 61% of visitors came from Spain and 39% from other countries, such as France (18%), Great Britain (3%), Germany (3%), Italy (2%), Portugal (1%), and the United States (1%). Visitors from the Basque Country stand at 30%, while from the rest of Spain, Catalonia stands out, with 8% of the total number of visitors, and Madrid, with 7%.

The percentage of Biscay visitors is especially significant, with 50% more than last year, which means that a total of 69,861 people from the Biscay have visited the exhibitions, exceeding the 2019 figure by 23,191. Another outstanding aspect this year is the decrease in the average visitor age, with a large number of young people and teens, as well as families, coming to the Museum, especially to visit the Olafur Eliasson exhibition.

In 2020, the digital presence of the Museum increased considerably in order to alleviate to some extent the impossibility of enjoying live art, and the results were very satisfactory. In this sense, during the Spring quarantine when the Museum was closed to the public, the digital initiative #GuggenheimBilbaoLive was launched, through which a total of 55 videos were made about the exhibitions and lesser-known aspects of the Museum activity, along with storytellers and artist workshops for children. In total, these videos achieved 2.3 million views on the Museum’s social media and generated a total of 90,000 very positive user interactions.

Another digital initiative, this time launched as a result of the internal travel restrictions at the end of October, was #CuentaAtrásKandinsky, consisting of a series of fifteen videos that showed the installation of the exhibition and the work involved in the Museum galleries, warehouses, and offices. This initiative gave the opportunity to share the normally unseen work of different profiles of Museum professionals, reaching 1.6 million views and registering a total of 44,000 interactions.

In October, the Museum also launched a long-running digital project consisting of a series of carefully edited monthly videos, #GuggenheimBilbaoInsights, aimed at sharing artistic content and delving into some of the artists in the Collection through conversations with the curators of the Museum.

The Museum has maintained the highest quality in its Art Program this year. After extending the exhibitions launched in the weeks before the Museum’s temporary closure in March over the summer—Olafur Eliasson: In Real Life; Richard Artschwager; Lygia Clark: Painting as an Experimental Field, 1948-1958; and William Kentridge—two new shows opened in the Fall: Lee Krasner: Living Color and the retrospective dedicated to Kandinsky. All of them were well received with positive critique from visitors, who appreciated the effort made to carry out the Art Program in spite of the restrictions and the measures taken by the Museum to ensure a safe visit.

With regard to the educational programs, in 2020 44,674 people have participated in the different on-site and online activities offered by the Museum, 217,139 have visited the educational spaces that complement the exhibitions. The main innovation this year is the increased use of digital tools, which has made it possible to increase the scope of the Museum’s educational programs among schoolchildren, families, and audiences that could not visit the Museum due to capacity limitations or geographic distance, which has resulted in the internationalization of the Guggenheim Museum Bilbao’s educational project.

Also noteworthy in this section is the innovative digital initiative ‘Museum and Families with BBK’ offered as an online alternative to on-site children’s activities during the temporary closure of the Museum. Several videos were shared weekly by email and on social media in Basque, Spanish, and English in the form of storytelling, tours, and creative workshops for the whole family given by artists Elssie Ansareo, Miren Arenzana, Ibon Sáenz de Olazagoitia, Nerea Lekuona, Manu Muniategiandikoetxea, and Manu Uranga, as well as by storyteller Catalina Martínez-Moro and the Museum’s Education and Interpretation team.

In terms of individual membership, 67,186 people form part of the Museum ‘Community,’ centered around art and culture. Made up of 19,640 Individual Members, which is a testament of the broad social support the Museum receives from the local area, and 46,736 Followers, who maintain a relationship with the Museum at no cost—of which 52% come from Spain, 12% from France, followed by Italy and the United States, with 4% each—, Community also includes the 780 beneficiaries in 2020 of the Erdu Program, which provides free access to the Museum for the unemployed.

In 2020, corporate participation in the Guggenheim Museum Bilbao consisted of 114 Corporate Members, a fundamental pillar in the financing of the institution and also part of ‘Community.’ In the current circumstances, the Corporate Members’ support and commitment to the Museum is more valuable than ever.

The economic impact that the activities of the Guggenheim Museum Bilbao generated in 2020 in the area was as follows:

Once again, despite the challenges posed by this year, the Guggenheim Museum Bilbao continues to lead the way among European cultural institutions in self-financing, which in 2020 was around 51%. 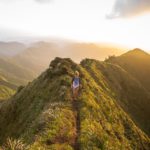 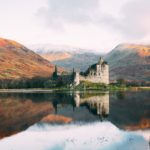